This is a machine-translated English version. The Japanese version is here.

It has been a very long time.

I am ayumie of the manga comment blog "Escape from Reality.

I've been extremely busy for the past month, and to be honest, I haven't had time to write my impressions. I was going to skip this week as well, but I felt I had to write about the subtitle of the manga, which bears the name of the work, so I decided to write about it.

So, this is the 251st episode of "Kaguya-sama ga Tsurenasai".

Kaguya Shigiya is moving forward to solve the problem with the discovery of the will, the confrontation with Shigiya Koumitsu, and the help of Shigiya Untaka and his defection. Behind the scenes, Chairman Shiragane Goko and his friends under his command are in charge... This is how the story unfolded from episodes 248 to 250.

Simply looking at the surface, it is the usual Akasaka depiction, with a high level of seriousness and a smooth problem-solving process. If readers were looking for "seriousness" or "detailed description of the rescue" in this rescue drama, they may have found it unsatisfactory.

In a sense, the story is too simple, and the story is so disappointing that it makes one wonder what the Yotsumiya family was doing in their fierce struggle to get out the eyes of the living horse against the rather loose operation by a group of high school students. It may seem that it was only the people around them who moved, and that the chairman simply "assumed that he had been making arrangements from behind the scenes. I have felt that way myself.

But this is a work called "Kaguya-sama ga Kokurasetai", isn't it?

I think that episode 251 was a suitable story for this purpose.

So, here are my impressions of "Kaguya-sama ga Kesshirasai" episode 251. 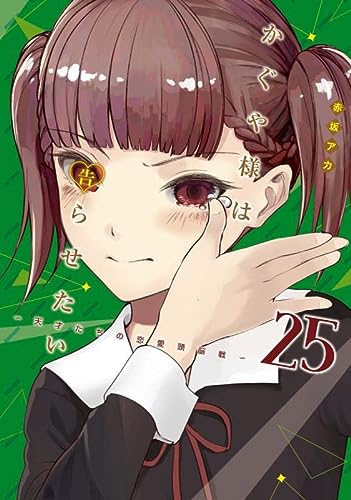 The conversation on the helicopter's rope bashiko, which was the first time in a long time since the two had parted.

There was an expression on their faces that was different from the "awkwardness" that is common between two people who have parted ways.

Goko Shiragin, in her usual tone of voice, tells how she rushed to save Kaguya. She clung to the chairman with her cheeks dyed vermillion and said, "Even though I am no longer the chairman's girlfriend..." Kaguya Shigumiya's feelings are completely different from those of the chairman, even though it is true.

Kaguya's first move in this final romantic brainstorming was to dare to throw words that were not in her heart while internalizing her feelings for having come to her rescue, for having answered the expectations she had placed on her partner, and for feeling that it was okay for her to love this person and to entrust herself to this person.

Kaguya understands. What kind of feelings did the chairman have that brought him to this point? That the chairman has reached this point by firmly accepting the seeds he has sown. To ask him questions after understanding everything is a kind of confirmation, the very feeling that a maiden in love has to make the other person tell her true feelings.

After endless brain-meltingly stupid brain games of genius, the two of them are united through the ultra-romanticism of the school festival and the ordinary romance of Christmas. You can see that the composition of "I want the other person to tell me how he or she feels about me," which this story has depicted so many times, is also depicted in this last phase. It is the very last climax of the story.

The reason why they have repeatedly exchanged "wanting to make the other person say something" like that is because they are people with similar backgrounds, after all. They had a sense of self-loathing and a sense of guilt that someone might not love them.

This is why they are timid in love. They are afraid that they will be denied when they express their feelings. There is a strong desire for the other person to come to them and tell them how he or she feels. This is the reason why couples who are almost ready to be in love have been dragging each other along endlessly without ever being able to form a relationship.

But now it is different.

I love you, Kaguya. Please go out with me.

By being loved by Kaguya, Goko Shiragane was able to gain confidence in himself.

Kaguya Shigumiya, who was able to gain confidence in herself by being loved by Goyo.

Because their feelings for each other were firmly established through the process of building up, Goyuki was able to express his feelings to Kaguya without hesitation, and Kaguya was able to believe his words. I jumped into the bosom of my beloved Gyoko Shiragane and said

Prologue to a New World

This story was unintentionally thought to be the final episode. The title of "Kaguya-sama ga Kesshirasai" has been recovered in full force. If we believe the chairman's words that he will only say this once, I think that this is the end of this love brainstorming session.

There are still some questions about how to reconcile the Shikiya and Shijo families, and what to do about the various unresolved stories. However, I guess that is already the epilogue of the story. I do not know to what extent the story after this will be elaborately drawn, but I think it will be a kind of "postcard" story to end "Kaguya-sama ga Kesshirasai" as a romantic comedy work with a romantic comedy at the end.

Probably, Kaguya will go to Stanford University with the chairman of the board, and I think that will be one of the goals of the story. But, well, regardless of what the future holds, for now I just want to congratulate the two of them for finally being truly united.

A Guide to Escape from Reality

If you can't find an article on Google search, add "現実逃避" to the search term to make it easier to find. 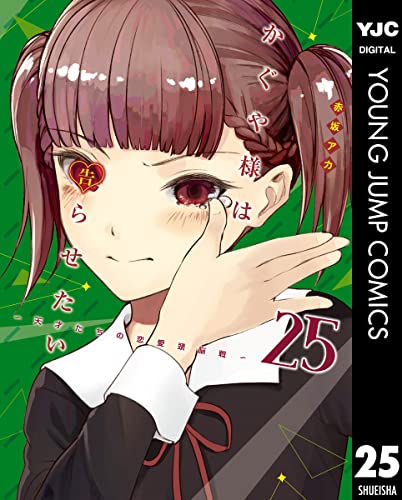 * Image citations are not provided. The shadows of the comics are based on Hatena's specifications. If you have any problems, please let us know in the comments section.